Photos courtesy of Monique Limbos. Click here for the draw, schedule and all the results from the Dafabet World Snooker Championship 2014.

Ronnie O'Sullivan's quest to win a third successive World Snooker Championship title is well on course after the Rocket wasn't at his best, but still impressed in beating Robin Hull 10-4 on the opening day at the Crucible, writes Stephen Kent.

The first few frames saw the highest standard of snooker between O'Sullivan atnd the 39-year-old from Finland. O'Sullivan won the first three frames, recording breaks of 45, 124 and 69, before Hull hit back with a smooth 102 of his own.

Although Hull was playing decent, O'Sullivan was too consistent for him and posted further breaks of 81, 60 and 90 to finish the session with a commanding lead of 7-2. 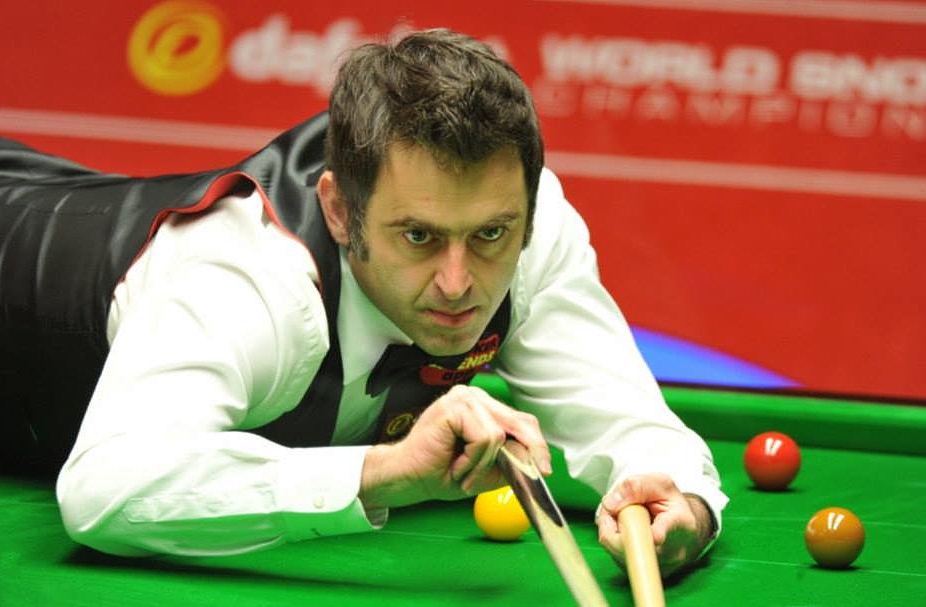 When they resumed this evening, Hull won two out of the next three frames with a top run of 68 to pull the match back to a more respectful 8-4.

Hull, who last qualified for the Crucible in 2002, had several chances in the next frame but couldn't capitalise and O'Sullivan won it with a 35 and further breaks of 41 and 54 in the next to become the first through to the Last 16, a 10-4 winner.

It wasn't classic O'Sullivan snooker today, but he didn't let himself get distracted easily and played decent snooker throughout, winning the majority of safety battles and finishing with 94% pot success rate.

The five-time World Champion will next face the winner of Joe Perry and Jamie Burnett who are yet to play their first session at the Crucible.

Elsewhere Stuart Bingham and Jamie Cope finished their first sessions with narrow 5-4 advantages over Ken Doherty and Shaun Murphy respectively. It wasn't as good a day for Stephen Maguire however as Ryan Day took a 6-3 lead at the end of their session with a top break of 130.