Photos courtesy of Monique Limbos. Click here for the draw, schedule and all the results from the Dafabet World Snooker Championship 2014.

1997 World Champion Ken Doherty hadn't won a match at the Crucible since reaching the quarterfinals in 2006, he more than made up for that poor record today after winning seven frames in a row to beat Stuart Bingham 10-5, writes Stephen Kent.

The 44-year-old Irishman found himself 3-0 and 5-3 down in the first session, as Bingham was winning more of the tight frames to keep control of the match.

When they resumed today with Doherty trailing 5-4, no one would of guessed how the rest of the match would pan out. 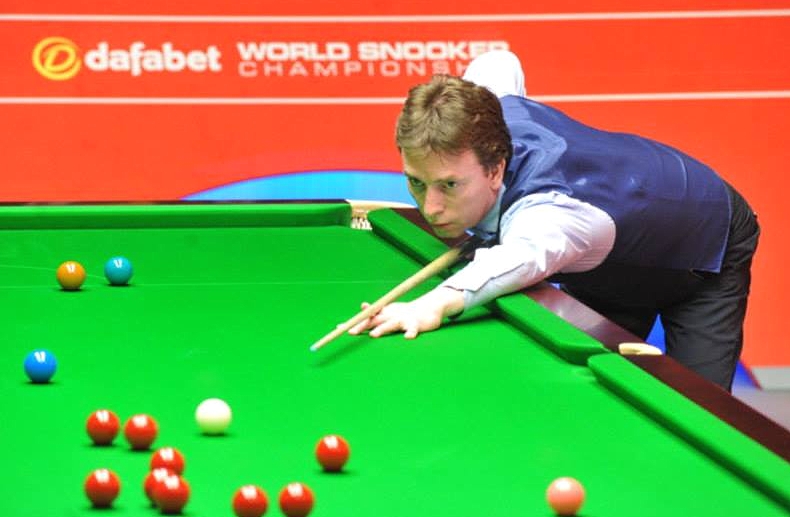 Doherty won the first frame of the session on the colours to level the match. Top breaks of 55 and 60 in the next two helped 'Crafty Ken' to 7-5, then going further ahead with another close frame to lead 8-5.

The mid-session interval was unable to come to former Australian Open champion Bingham's rescue and Doherty wrapped up a fantastic victory with runs of 57 and 60 to see out a 10-5 win.

"I am thrilled, I was starting to get emotional towards the end of the match," said Doherty. "When I was 9-5 up, I started to feel the pressure a bit but I enjoyed every moment of it."

Doherty is relishing a potential Last 16 clash against fellow World Champion and rival John Higgins, "it certainly won't be easier if I get to play him. He's going to have a tricky match against Alan McManus."

"Me and John have had some brilliant matches over the years. It doesn't matter who I face, I'll just play the table and enjoy every minute of it."