Check out my photos from the Bluebell Wood Open pro rounds here. Click here for all of the results from the event. 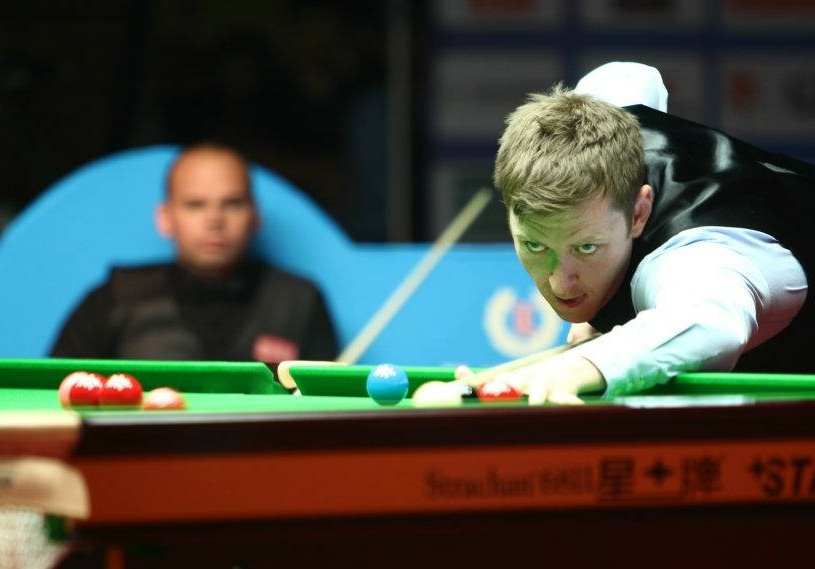 Since winning last year's Wuxi Classic, Ricky Walden has been slowly playing himself back in to form and reached the semi-finals of the World Championship at the end of the season.

Although the former Shanghai Masters champion had a slow start to this season, losing to Jimmy White in the first round of the defence of his Wuxi title, he has quickly been producing his consistant best, culminating in lifting the Bluebell Wood Open title in Doncaster last saturday.

After winning his first three matches 4-1, 4-1 and 4-0, he swept aside ranking event winners Mark Allen 4-3 in the quarterfinals and Shaun Murphy 4-1 to set up a final against the in-form Marco Fu, the recent Australian Open champion.

Walden edged the first before Fu hit straight back with a marvelous 113 to level. Chester's Walden took the next with two small contributions before making a 73 in the next to take a commanding 3-1 lead.

Hong Kong's Fu responded strongly, edging the next on the colours before making a 54 to force the decider. The last frame was a scrappy fare throughout before Walden forced himself an opening, making a brilliant 65 break from tricky positions to capture the Bluebell Wood Open title, a 4-3 winner.

The Doncaster Dome has been a busy place the last few weeks, as well as hosting this Euro Tour event, it also held the qualifiers for the Shanghai Masters and the Indian Open.

Although spectators had the chance to watch all the matches including the qualifiers, many players expressed their dislike of the playing conditions at the Dome. This included world champion Ronnie O'Sullivan saying it was the "worst conditions I have ever played in my pro career."

I can see where they are coming from, at times it was hot and humid in the arena (there was no air conditioning), and noise from the children at the neighbouring swimming pool could be heard clearly in the arena at times.

However being the fact that it was open to spectators meant that sacrifices had to be made, and I for one enjoyed being able to keep an eye on several tables at once. Next year however no doubt a better solution will be found, most likely switching to an air conditioned venue if they choose to hold these events in summer.

Next up is my personal favourite of the European Tour events, the Paul Hunter Classic in Furth, Germany. Click here for the draw. Coverage of the event will be available on EuroSport channels.