Shane is set to snooker Serbia

The precocious talent from Southampton earned the right to compete through his brilliant efforts on the 2012-13 English Junior Premier Tour.

Castle has won an event and had two more semi-final placings this season.

He is also riding high in England Under 21 series and is through to the Last 32 stage of the English Amateur Championship.

The best juniors players from up to 40 European countries compete in the prestigious championship, with the winner being nominated for a place on the World Snooker Main Professional Tour in 2013-14.

The European Under 21 championships is being staged in the Serbian city of Bor from 18-22 March 2013.

It is the first time a major snooker event will be staged in Serbia, as snooker continues to open up new territories and more  fans and broadcasters embrace the sport. 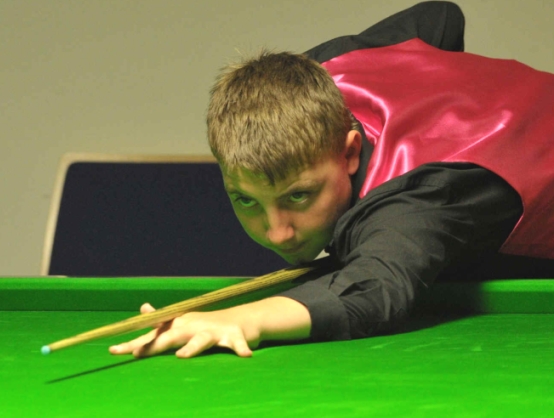 Castle and his colleagues will be role models showcasing their talents to inspire more young people to take up the sport.

In 2012 Castle competed in the event for the first time, and amazed and wowed audiences in Bulgaria and across the internet by  reaching the final.

He went on to lift the EBSA European Open under 18 title at the South West Snooker Academy in Gloucester last summer.

Castle is fine tuning his game under the watchful eye of On Q Promotions Director of coaching Terry Griffiths at South West Snooker Academy.

“I’m not keen on the safety game,” admitted Castle “But I do know how important it is and Terry is helping me with this side of the game.”

Castle has also been practicing with Mark Allen, who won the event in Siberia in 2005.

The championship will enjoy live scoring and live internet streaming, available worldwide, as well as media coverage across more than 40 European countries.