8.48 - Arrived at the South West Snooker Academy (now also known as the Capital Venue) for the last Players Tour Championship and major snooker event to be staged at the venue. As well as here I will be posting regular updates on Twitter.

10.38 - Alfie Burden (@ABOFLONDON) is the first through this morning with a convincing 4-0 victory over Adam Edge, finishing in style with a 110 break. Also fast wins for Jack Lisowski & Tony Drago, beating Fraser Patrick and Andrew Norman both 4-1 respetively. 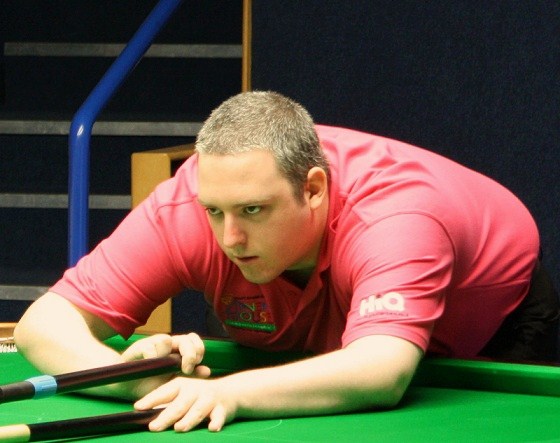 12.01 - Good win for Liam Highfield, coming through 4-2 against an out-of-sorts Liang Wenbo. Andrew Higginson is the first through in the 11am session, comfortable 4-0 winner over amateur George Marter.

12.19 - Cracking performance and probably the best win of his career so far from SWSA-based pro Michael Wasley (@michaelwasley) to see off Ryan Day 4-0 in just over an hour. Plays either World Billiards Champion Pankaj Advani or Liu Chuang next, currently 1-0 to Advani there. Meanwhile Peter Ebdon is flying against Jamie Burnett, up 3-1 in the arena.

12.40 - Peter Ebdon safely through 4-1 against Jamie Burnett. The former world champion seems to be queueing well and will be tough to beat this week. Could be more shocks on the cards as amateurs Ryan Causton & Oliver Brown both go 2-1 up on Marco Fu & Anthony Hamilton respetively.

Also been given confirmation from SWSA owner Paul Mount that the venue will continue to host it's annual charity pro-am the Pink Ribbon. The Kay Suzanne Memorial Trophy will also most likely continue as a pro-am next year so still plenty of snooker to be had at the academy even if they don't host any more pro events.

13.25 - Ryan Causton is 3-2 over Marco Fu and Oliver Brown is 2-2 against Anthony Hamilton. Good showing from the two amateurs, could they beat the experienced pros? Norway's Kurt Maflin is nearly through against Daniel Wells, 3-2. 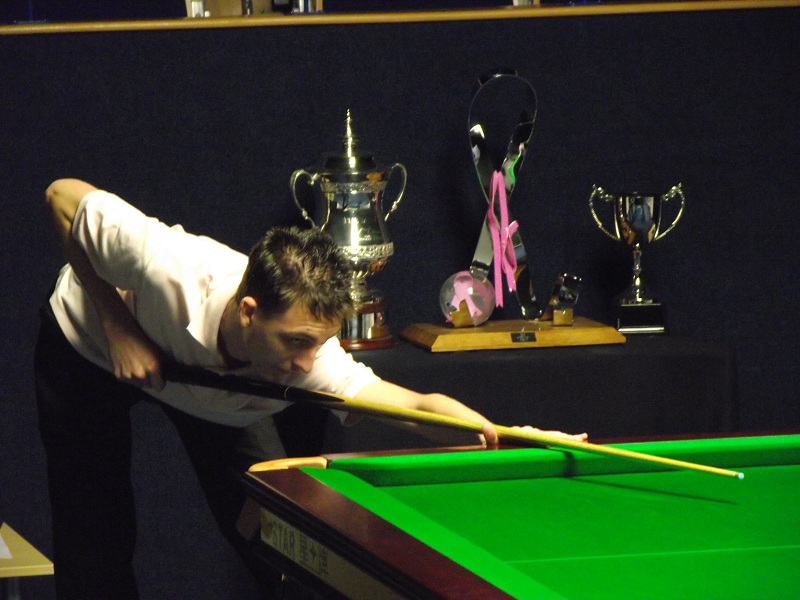 14.19 - Huge result for amateur Ryan Causton (@RyanEagle147) who fought off Marco Fu's comeback from 3-1 down to come through the decider to win the match 4-3. Plays Anthony Hamilton or Oliver Brown next. Allan Taylor (@TheAssasinFile) was another amateur who performed strong, 4-0 win over Zak Surety.

15.07 - Mark Selby started off slowly but quickly found his rythym to dispatch Anthony McGill 4-1. Also safely through are Barry Hawkins and Jamie Cope, both 4-2 winners over Andy Hicks and Gareth Allen respectively.

22.22 - Mark Selby is the first through to Wednesday's Last 16 with a commanding 4-0 victory over Chen Zhe. Kurt Maflin sets the target for the high prize with a 145 against Michael Wasley, he currently leads 2-0.

Early one tonight, will udpate this page tomorrow morning!