Some of snooker's biggest names from the past returned to the baize last weekend for the World Seniors Championship - and it was just like the old days!

At the start of the weekend-long tournament, which was shown live on Sky Sports, there was plenty of nostalgia with old friends meeting up again and Dennis Taylor, Steve Davis, Jimmy White and Cliff Thorburn among those in the field. 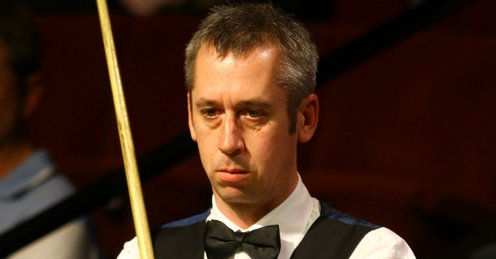 Bond: a winner once again

Nigel Bond - who is ranked 45 in the world and still plays on the main tour - took the title, beating Tony Chappel in the final.

I feel snooker needs a tournament like this, something a little different.

Neal Foulds
Quotes of the week

Bond didn't drop a frame throughout the tournament and although he was one of the favourites to win, it was nice to see him do well. It was certainly an improvement on his performance at the World Seniors last year where he lost in the first round to Dennis Taylor.

Oddly enough, just like last year's winner Darren Morgan, Bond had to qualify to reach the main draw which again demonstrated that those who aren't looked upon with the same status as some of the bigger names are arguably the better players now.

Reigning champion Morgan - who lost to Bond in the semis this year - is probably playing as well now as he was when he was actually on the main tour. Back then he got disillusioned with all the travelling and now he only plays selected senior events but he's a formidable player still - as he showed by beating Davis in the quarter finals this year - and he's almost the same player who was able to win the Irish Masters way back in 1996.

A couple of years ago Davis made it to the quarter finals of the World Championships and if these players cue well they can still do well in the main tour events. They know the game inside out and they know what's required to win - the real problem, though, is inconsistency.

I watched Davis practicing ahead of the event and he was playing beautifully on the practice table, but he came out for his match against Cliff Thorburn on the first day and didn't play anything like as well as that.

However, he still has good moments - he's beaten main tour players recently, including a 5-0 win over Andrew Higginson which included three centuries. Unfortunately those days aren't so frequent anymore; he used to play like that every week in his heyday.

Jimmy White is in a similar position. Like Davis he went out in the quarter finals last weekend. I get the impression these big-name players feel the pressure and feel they're expected to win the seniors' title.

However, these tournaments also give the likes of finalist Tony Chappel the chance to show what they can do. He packed the game up 12 years ago and only plays very occasionally now, but he did very well to get to the final. He was a very solid player in his day, although he never quite broke through.

Despite playing well last weekend I don't think he'd get back onto the tour, or that he'd want to, but he can still play the game well, which is nice to see.

Overall it was a very good tournament and I really enjoyed it. A lot of people have since come up to me to talk about it and they've also asked why I wasn't involved.

Well, I've barely played snooker since I played in the World Seniors last year. I'll never say never in terms of playing in it again but I quite enjoyed commentating on it this time round and meeting up with some old friends.

Hopefully Sky will continue to show the event next season.