10 more days are left until the first soccer matches of the OEFB Samsung Cup 2014/15. Just like last year, I did the draw together with soccer referee Robert Sedlacek which was boradcasted live on ORF Sport+ in Austria. Once again I am the ambassador of the OEFB Samsung Cup and this is a very big honour for me. The final will take place in the soccer stadium (Sportpark) in Klagenfurt in June 2015.

OEFB president Dr. Leo Windtner and OEFB general secretary Alfred Ludwig invited over 140 special guests to the studio 44 in Vienna. Special guests such as Martin Wallner and Gregor Almássy from the main sponsor Samsung, national team coach Marcel Koller and the officials of the 64 Samsung Cup clubs came to watch the draw. 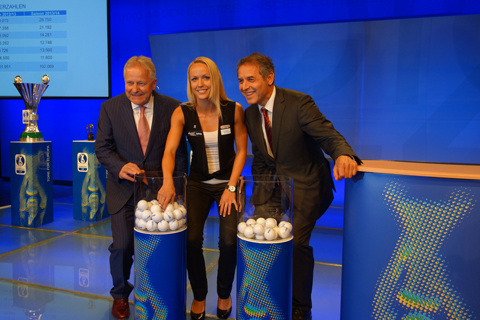 Jasmin doing the draw for the OEFB Samsung Cup 2014/15 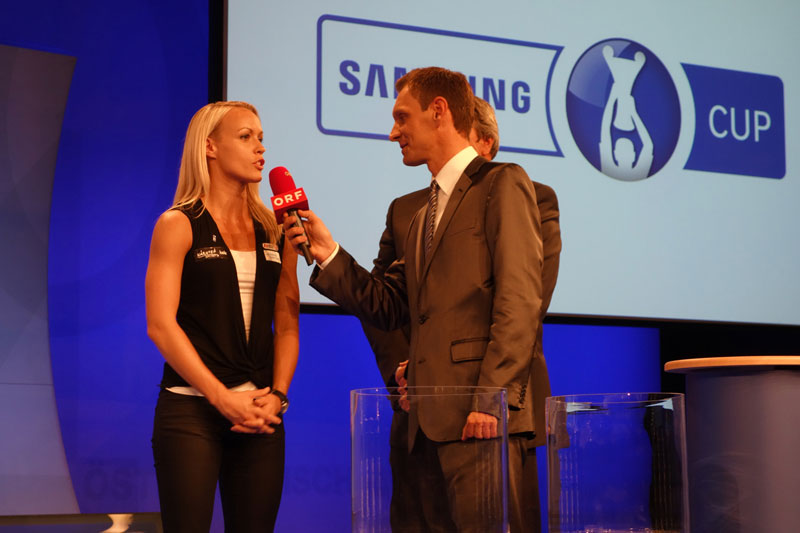