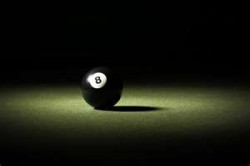 The Dandenong and Districts Pool League was formed in the early seventies and was the first organised League within Melbourne for Eight-Ball Pool.

Members of the Dandenong and Districts Pool League were in these early years, instrumental in the creation of the State Body, known as the Victorian Eight Ball Association. This was later replaced by Pool Victoria.

Today we have THE Premier League in the State with the best players in the state competing for a prize pool of $10,000