First time host Slick Willie’s, Austin, Texas has joined the OB Cues Ladies Tour as a new host site and they had their inaugural event September 13-14 weekend. The pool room has 34 tables and more than enough space to handle the astounding 67 players that came out for the fun and good times.
In an effort to inject new faces to the tour, we ran a campaign to waive annual membership dues to APA players Skill Level 2 and 3. We wanted to sell them on the experience and 23 new tour members came for the experience and 6 players were SL 2/3. Welcome to all the new members and thank you for joining our OB Cues Ladies Tour family. Here’s a little glimpse of the calm before the storm. 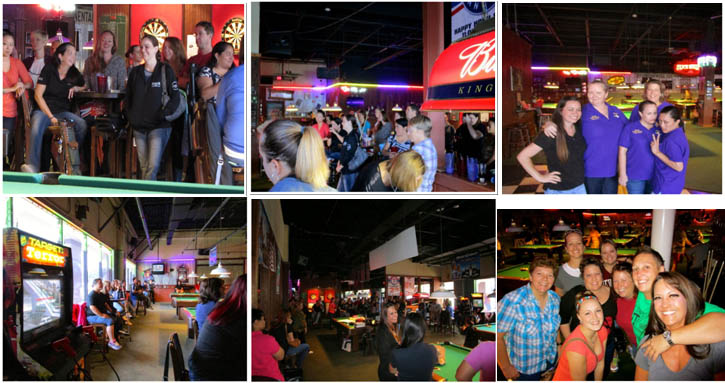 Before we get to the tournament details we would like to extend special thanks to our title sponsor–OB Cues.  We are honored that your continued support and interest in the tour keeps us alive and kicking.  OB Cues offers a plethora of shafts, playing cues, jump cues, break cues, and everything is made in the USA.  Be sure to check them out at www.obcues.com

Fighting tooth and nail and strong to the finish it would be Tara Williams to match up against Nicole in the finals.  But it was not without a few scares as Tara, behind in her match with Heather Pulford 2-6, made an unfortunate miss on a long straight-in 9-ball by Heather which changed the whole momentum of the match.  Tara feeling very lucky and happy to get back into the match as she came back and won 7-6.  Next up for her though was another tough challenge from another champion and current point’s leader Jennifer Kraber.  The Kraber/Williams match was rather topsy turvy as both players were struggling throughout the duration of their match.  Lo and behold–the score was hill-hill and Jennifer was at the table with the break.  Jennifer was set on a break and run but as she pocketed the 9-ball in the upper corner pocket, the cue ball came off the rail and scratched in the opposite corner giving the match win to Tara.

Next up for Tara was yet another Austin opponent Michelle Cortez.  Never let it be said that Austin doesn’t groom strong players because there were plenty of local ladies whose games are sometimes too tough to handle.  After the close matches that Tara previously played, she was well in stroke and defeated Michelle 7-2.  Congratulations to Michelle for attaining one of her highest finishes ever playing on the tour!

The finals match was all it was expected to be.  Both ladies very strong and skilled players and both familiar with handling the pressure–so no trouble there.  In a true double elimination format, Tara would need to defeat Nicole twice to take the prize and at first it looked like she was on her way.  Tara took the 1st set 7-6 and was gunning to win the second set until an unfortunate error occurred wherein she hooked herself on an 8-ball to miss the second hill-hill match.  Nicole finished out the game and the match with a score of 7-5 and the $750 1st place prize money.  Congratulations Nicole on your awesome win! 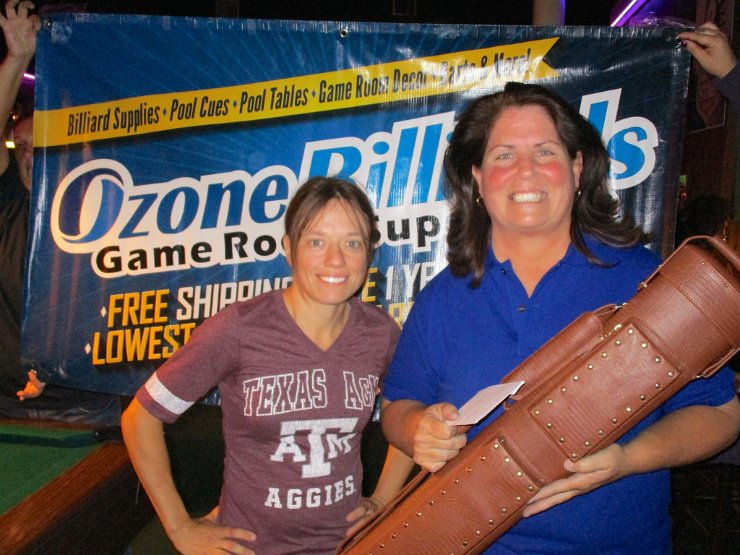 Stop #7 on the OB Cues Ladies Tour Calendar will be at Jamaica Joes, Midwest City, OK the weekend of October 25th-26th.  This is a Diamond 7’ Smart Table tournament/event.  Check out Jamaica Joes at www.jamaicajoes.net 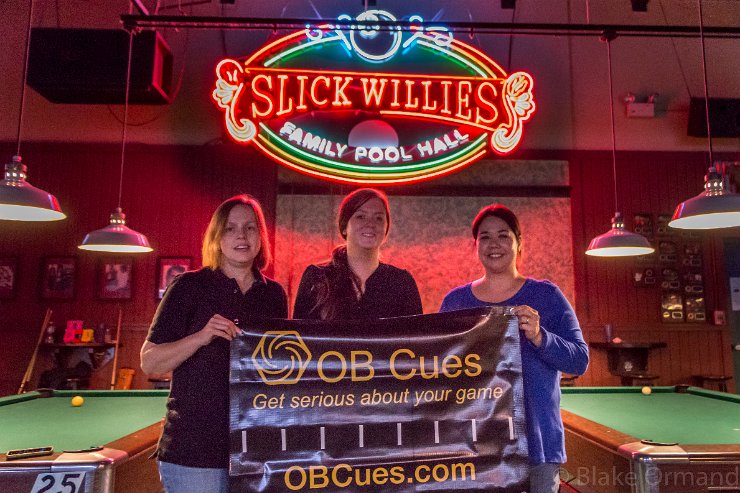