Four-times Betfair World Snooker Champion Ronnie O'Sullivan is yet again threatening to retire from professional snooker, after putting in a fantastic 13-4 victory over Stuart Bingham to reach his 10th Crucible semi-final.

Defending champion O'Sullivan hadn't played a competitive tournament in over seven months before coming in to this year's tournament and he showed no sign of weakness as he went 12-4 against Bingham, with top breaks of 111, 133 and 104.

In tonight's final session he quickly wrapped up the frame he needed to send Bingham home to reach the semi-finals. He is now only two more wins away from being the first man to defend a world title since Stephen Hendry in the 90's but he had other things on his mind after the match.

"I had that year out and I never really missed the game," he O'Sullivan. "I missed having something to do and I was struggling for money. I have not paid the kids' school fees for the last two or three months. 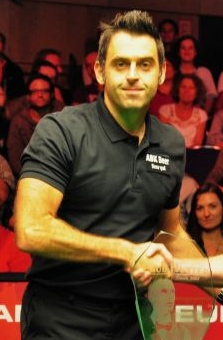 "I have had two months preparing for this and I did not really know what was going to happen. I have made a little bit of money but I do not think snooker is for me.

"This could be my last major event. I might play in a few PTCs if I get really bored, but as far as playing top competitive snooker and putting my heart into it goes, I do not think that is what I want to do.

"I think it is about time that I looked for something else. Having had that year out it bought me some time to realise that I did not need snooker."

I don't believe O'Sullivan will retire outright from the game, we will probably still see him in plenty of the UK events, however I can't imagine him returning to China for any more tournaments.

He is not a fan of travelling on the best of days and personally it probably would be best for him to pick and choose events closer to home that he has the most chance of winning.

O'Sullivan's opponent in tomorrow's best-of-33 semi-final will be none other than Judd Trump, the player many had predicted would take up O'Sullivan's mantle in the world of snooker. This has yet to happen, but he is still playing some great snooker at the moment.

At one point in former UK champion Trump's match against Shaun Murphy, he found himself 6-3 down against the 2005 world champion due to some shocking play. He turned it all around in the next two sessions as he battled back to 8-8 as frame were shared for them to head to a decider at 12-12.

In the 40+ minute final frame, many balls went safe and both players made several brilliant safety shots, before it was eventually Trump that got a chance to pot match yellow then the green and brown followed to see off Murphy 13-12 and set up a mouth-watering clash with the Rocket. 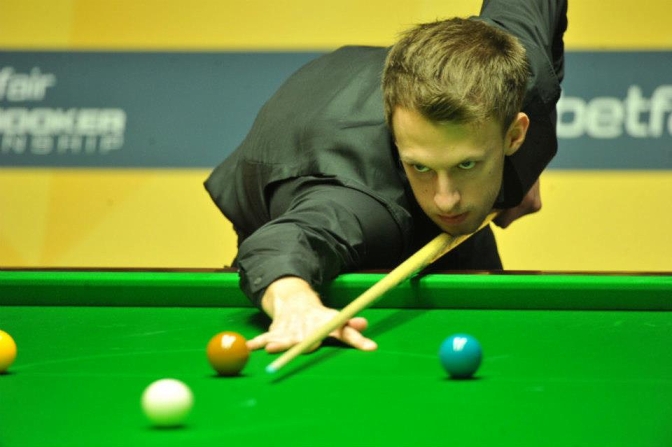 "I am just really pleased because a lot of people seemed to write me off," said Trump. "My friends and family all believed in me and I believed in myself.

"I am here to win the tournament and nothing less than that will do for me. Only a certain amount of players have got the self belief that they can beat Ronnie and I am one of them. Hopefully I can go out there and scare him. I think my best is just as good as his.

The last man through to the semi-finals (and for the first time in his career) is two-times ranking event winner Ricky Walden who won the last four frames in a row to see off Crucible debutant Michael White 13-6.

Walden, who before this tournament had never won a match at the Crucible before, kept himself in front early on in the match, finishing the first 6-2 at the end of the first session, before extending his lead to 9-6 this morning.

When they resumed in the evenind, Walden got out of the blocks first, making a 65, before winning the next on the black before adding further runs of 50 and 60 in the next two frames to ensure he would set up a last four clash with another fellow Crucible semi-final debutant, Barry Hawkins. 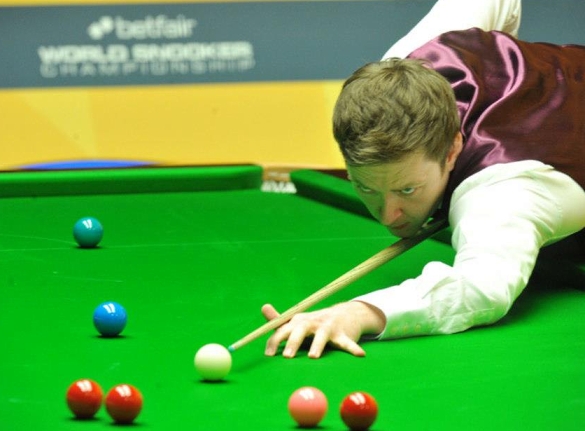 "I'm overjoyed with the result, it's been a good week so far and I'm thrilled to be in the semis," said Walden. "You can see Michael's got loads of ability when he gets in amongst the balls and he put me through it at the end, so I had to dig out a few frames.

"Barry is a very good friend of mine and it's going to be a very tough game. We're both in the same position really, we've both had similar seasons and it's going to be the biggest achievement so far for whoever progresses to the final. It'll be a really tough and tense match I think."

The fact that neither one of Hawkins or Walden have even made the quarter-finals of the Betfair World Snooker Championship before and now one of them is guarenteed to play in the final on Sunday is fantastic. The question is, will they be able to handle the pressure of the one-table set up as well as O'Sullivan and Trump and score as heavily as them?

Here is the schedule for tomorrow's semi-final matches: