Martin Gould joined the games elite top 16 last year after a series of strong results and even won the Power Snooker Masters event at the end of 2011 but he failed to continue that form and has struggled for consistancy in recent months.

However like fellow English pros Stuart Bingham & Barry Hawkins the increase of events at the start of the current season seems to have helped him and at the second UKPTC event at the South West Snooker Academy he recorded an impressive 4-3 win over Stephen Maguire who just recently won the first event.

"It feels amazing to win a tournament with ranking points for the first time," said Londoner Gould. "My aim now is to win some big titles.

"Last week I started working with a coach called Stephen Feeney who has done a lot for the likes of Mark Davis and Stuart Bingham. He noticed a fault in the way I was sighting the ball and fixed it straight away. The improvement has been beyond my expectation and every time I was among the balls this week I felt as if I was going to clear up.

"I lost a lot of close matches at the end of last season and I realise now that was because of the problem with my sighting and cue action. It feels great to know it is fixed."

Unfortunately all was not well at the Academy this week as they have announced recently that they will not continue to host any more professional World Snooker events due to a disagreement with unknown parties.

This is a shame as its easily the best place in the whole of the UK for fans to get up close with the stars of the game and see so many of them playing at the same time but what good comes from this is that the Academy will continue to work at the grass roots and amateur level to find new talent to bring the game forward in the future.

The next pro event is the International Championship, which commands the same ranking points tariff as the UK Championship so it is vital for the players to bring their A-Game to the World Snooker Academy on the 19-22 of August. 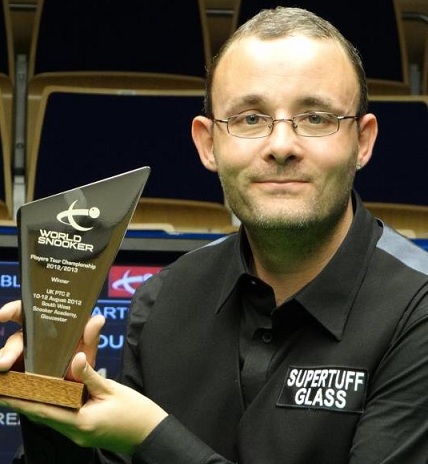