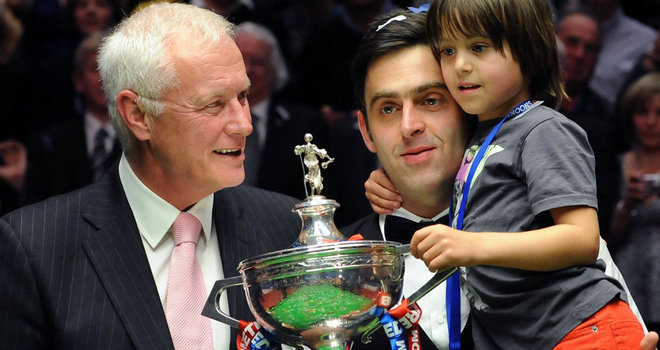 Barry Hawkins: finished with a flourish to progress at Michael White's expense

Barry Hawkins and Mark Williams are both safely through to the quarter-finals of the World Snooker Shootout in Blackpool.

Reigning champion Hawkins was given a scare by Michael White before eventually running out a 43-39 victor in the penultimate match of the afternoon.

The 33-year-old looked in control as he retained a 36-point lead with four-and-a-half minutes remaining.

White moved 39-36 in front, but a poor safety allowed Hawkins to pot a red and pink in the closing seconds to cap an unlikely comeback.

Hawkins will face Stephen McGuire in the quarter-finals after McGuire finished the last of Sunday afternoon's games with a 32-1 win over Dave Harold.

Williams enjoyed a much easier last-32 match with a comfortable 106-8 success over Jimmy Robertson.

The 2000 and 2003 world champion faces Michael Holt, who secured a 69-7 triumph over Jack Lisowski, in the last 16 of this year's competition.

Mark Allen kicked off proceedings with a 92-15 victory over Dominic Dale. The 26-year-old Northern Irishman takes on Kurt Maflin in the quarters after he dispatched Thepchaiya Un-Nooh 71-20.

Nigel Bond, who dumped out world No 1 Mark Selby on Saturday night, fell at the next hurdle as he suffered an 88-24 loss to Martin Gould, who takes on Andrew Higginson next.

Higginson made light work of Liu Chuang with a 60-15 success over the Chinese youngster.