Bond dumps out world No 1 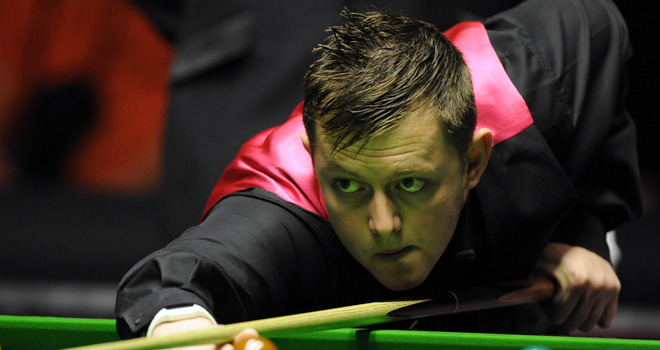 Mark Selby: Failed to make it into the last 16 after losing to Nigel Bond

World No 1 Mark Selby exited the World Snooker Shootout on Saturday night after being eliminated by Nigel Bond at the Circus Arena in Blackpool.

Reigning champion Barry Hawkins, who has now won eight consecutive matches in the tournament, eased into the last 16 with a comfortable 73-1 victory over Anthony McGill.

The first match of the night saw Michael Holt, who is enjoying his best run at the shootout, progress to the last 16 courtesy of a 40-31 victory over Ryan Day.

Jimmy Robertson quickly followed him in the next round after a comprehensive 67-8 success over Anthony Hamilton, who barely had a look-in during the 10-minute match.

It took three minutes for the first point to be scored in the third match as Mark Williams did battle with Jamie Jones. The 2000 and 2003 World Champion scraped home a 45-37 win after Jones had fought back from a 25-point deficit.

Jack Lisowski, aided by a superb 43-break, followed Williams into the next round following a fine 48-41 triumph over Robbie Williams.

Kurt Maflin led from start to finish as he secured a 63-16 win over Mark Davis. Joining him in the last 32 was Liu Chuang after he eased past Ricky Walden with a 58-18 scoreline.

Martin Gould made light work of Mark Joyce with a 61-1 success, while a 41-break by Mark Allen helped secure a 65-8 victory over Peter Lines.