Champions from around the world will go head-to-head in a three-day extravaganza of professional billiards. The International Challenge of Champions and Tournament of Champions includes top stars in the sport. The men will compete on Tuesday 25th of October and the women start on Wednesday 26th of October. The system is easy. Only 4 men and women players get invited to this special event due to their results in the previous year.

Last year I lost in the final to Ga Young Kim, so this year I want revenge. I will play the first semi final against Gerda Hofstatter at 3 pm. It will be an all Austrian battle. It is a race to 4, 2 sets.

I am really looking forward to this short but exciting event.

My match against Gerda Hofstatter (AUT) did not go as I expected. Gerda played strong and in the first set, even though I only missed one ball, I lost it clearly with a 1:4 score. I was hoping for the second set to get better but I made too many mistakes. Gerad was the better player in this match. I lost the second set as well with a 2:4 score.

This was a short event for me but I have to accept it and focus on the 10 Ball World Championship in Manila where I am the defending champion. 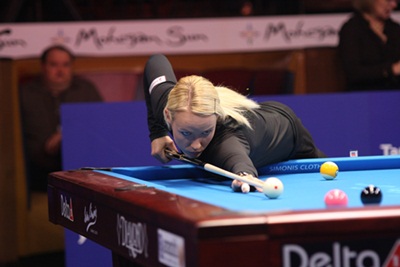 Jasmin in the semi final 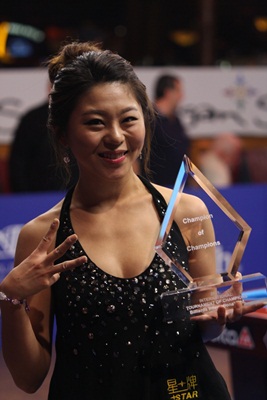