American pool fever will be hitting Blackpool early as the 2014 GB 9 Ball Tour season continues with this year’s edition of the Northern Masters.

Pool fans and sports fans alike will surely have already heard that the Circus Tower will be hosting this year’s eagerly anticipated edition of the Mosconi Cup. Europe scored a resounding victory over the USA in last year’s edition of the tournament, and fans are already gearing up for a mouth-watering contest when the two teams meet again in December. However, those who can’t wait quite that long for their fix of pool can make their way to the Northern Masters to witness some of the finest players from both Great Britain and the rest of Europe. With a number of GB9’s top names over in Qatar competing in the World Championship, the field is sure to be wide open as the cream of American pool talent fight it out to see who will take away the 7th Northern Masters crown. 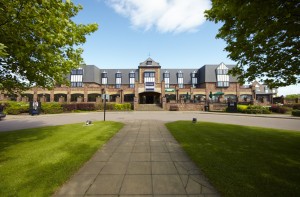 For the third consecutive season, the Northern Masters has been designated as GB9’s annual 10-ball tournament. The decision was taken back in 2012 to include a 10-ball event in the GB9 calendar and, all told, the decision has proven to be a popular one amongst the players. 9-ball’s call-shot cousin has grown in popularity in recent years and the once a year switch between the two codes always brings the best out of all the participants. Two of Blackpool’s locals, none other than reigning Northern Masters champion Karl Boyes and 2007 World Champion Daryl Peach, will both be flying the flag for Great Britain out in Qatar. We wish them and all the other GB9 players the very best for the tournament and look forward to welcoming them back at August’s Southern Masters.

It was all the way back in 2010 that the tour last stopped in Blackpool, and four years later we have another exciting new venue hosting a GB9 tournament. The Northern Masters is being held at the magnificent De Vere Village Herons Reach hotel to the east of the town. The hotel boasts its own 18-hole PGA academy golf course amongst other amenities you’d expect from a luxury hotel such as both an indoor and outdoor pool and spa. Even the hotel are really looking forward to having us and are even putting on a private barbecue twice a day for all players and spectators on both Friday and Saturday. We are confident that the players will enjoy their time at the venue and look forward to an exciting weekend of competition.

The action begins on the evening of Friday 20th June, with play concluding some 48 hours later on the evening of Sunday 22nd. Entry to spectators remains free as always – just look for the directions from the hotel reception. Live scoring will be provided for every rack through GB9’s innovative rack-by-rack live-scoring system, and as always we will providing a high quality free to view live-streaming service with all matches on the stream being played on the gorgeous Rasson ‘Victory’ table from Saturday morning. Rest assured the tournament will bring with it the high quality and excitement that players and fans alike have come to expect from the GB 9 Ball Tour – we guarantee you won’t be disappointed.