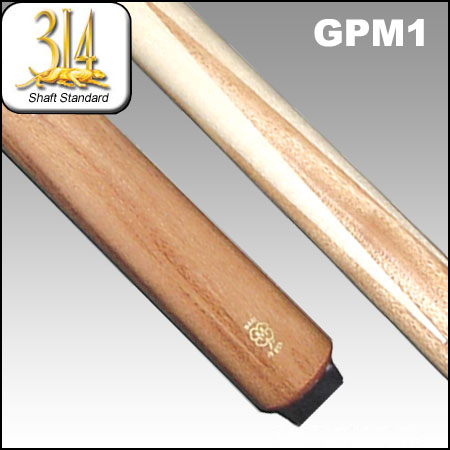 Have you ever wondered exactly what is a Sneaky Pete Pool Cue? Almost all of the major cue manufacturers make this type of cue. This is a 2-piece, usually exceptional quality cue, that is made plain to resemble a house cue with an inconspicuous joint.

It may appear that your opponent just has a traditional house cue, but then you notice that they keep sinking even the most impossible shots. You may also notice that they keep their hand over the center of the cue where the joint would be. Do you see a tiny line where the 2 pieces of a cue would separate? Or is there a drastic color difference between the two halves of the cue? If you notice any of these things, you may be getting hustled by a Sneaky Pete.

Predator, Joss, McDermott, Scorpion, and many others produce their own Sneaky Pete Cues that look exactly like a typical house cue. Perhaps you want to purchase a Sneaky Pete to save money. You may prefer this type of cue if you don’t want to draw attention to yourself with a decorative cue. Or you may want to use it to be sneaky yourself. Sneak this cue into the pool hall, and you will come out a winner.

Check out the large selection of Sneaky Pete Cues at CornerPocketPool.com

This entry was posted under Billiards Articles. You can follow any responses to this entry through the RSS 2.0 feed. You can leave a response, or trackback from your own site.