The IPA committee appreciate it is not just sponsors and equipment that makes the IPA pool tour the world’s premier 8 ball series, but also the people involved.

We are therefore pleased to announce the very welcome return of the two finest 8 ball referees in the sport, Mel Harley & Phil Turner who bring with them a wealth of experience, including numerous televised events. 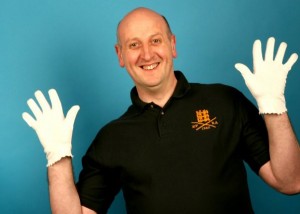 Mel & Phil return to the IPA team following their self imposed “exile” when they left to referee the GB9, the UK’s premier American style pool series, but their presence only adds to the levels of excellence already in place for our tour players.

“The new IPA committee has been working tirelessly in forging new partnerships with other professionally managed cue sport organisers. The players never understood why Mel & Phil were pushed aside simply for working with another cue sport, when we as players appreciate the professionalism and dedication that is needed to adjudicate at the highest level of any professional sport, and frankly we are delighted to have them both back”.

“I am so very pleased to have been asked to referee for at the IPA. Since I became a referee in 1982 I have been privileged to referee the best players in the world and at the very highest level. The IPA has always been considered to be the best 8 ball tour with the finest exponents of the game. At all times I tried to do what I was supposed to do ‘REFEREE’ now with Kevin Barton as Chairman and his committee of dedicated professional and amateur players, I can return to bring my continued support to a fabulous tour”.

Mel & Phil will both be overseeing proceedings at the British Open weekend (16th/18th March), to be staged at the Hilton Hotel Blackpool, and then under the spotlights the following weekend in Gloucester, as the IPA stages their first televised event of 2012, The Professional 8 Ball Pool Masters (sponsored by DPT). Some of the finest cue sport exponents bridging all three disciplines will battle it out at the South West Snooker Academy (Kay Suzanne Theatre), for the prestige and prize money on offer, in what will be one of the events of the season.

For further information, interviews, or photo calls please contact Sean Trivass, acting IPA Press Officer,This email address is being protected from spambots. You need JavaScript enabled to view it. or             07809 486840      .