The On Q Promotions World Pool Festival will include the world’s top Pool players, both amateur and professional. The sport’s elite players of the (IPA) International Professional Pool Players Association are supporting the festival and will be seeded directly to the Grand Finals, staged 23rd-28th October 2012 – South West Snooker Academy – Gloucester. 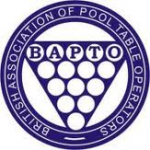 The Festival boasts a minimum of £38,000 in prize money, Sky television coverage and, for the first time ever, the opportunity for any player from any code of rules or association to compete.

To celebrate the launch of the prestigious Festival, On Q promotions have established another industry first by forging a relationship with (BAPTO) The British Association of Pool table Operators. BAPTO are English 8 Ball’s founding father’s in a sense, establishing a network of Table operators across Britain and promoting the sport for over 30 years.

The BAPTO Championship is open to any genuine amateur pool team and boasts a prize fund of over £11,000.  Full details at www.bapto.org.uk