At one point it looked like Robertson was going to win comfortably, leading Perry 8-6 towards the end of the evening's session.

Perry, who turns 40 in August and was appearing in his first ranking final since 2001, fought back in the following two frames to level the match at 8-8.

The 2008 world semifinalist then took the lead with the highest break of the match, a 93, to go one away from victory against his Australian opponent. 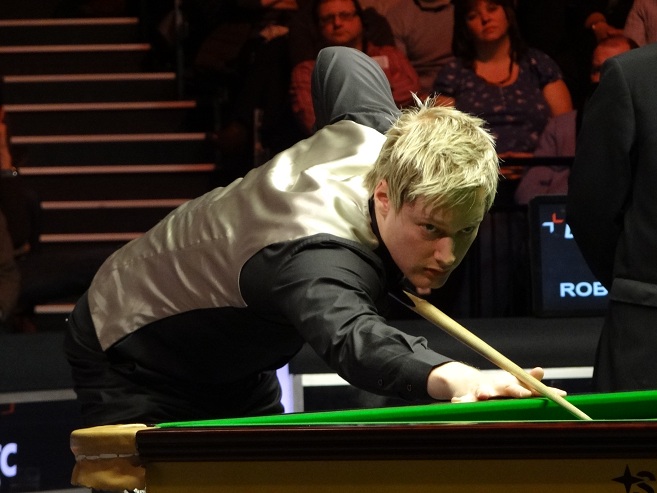 Perry then had several chances to take the final frame he needed but couldn't convert them as Robertson made breaks of 87 and 78 to retain his Wuxi Classic title 10-9.

After winning the match Robertson didn't celebrate and was close to tears as he embraced Perry, his friend had come so close to winning a first ranking title after 22 years.

The victory puts Robertson, 32, on an incredible 10 ranking titles, equal Jimmy White and only one behind Ding Junhui who sits sixth on the all-time list with 11 titles.

Robertson's main focus now is finally lifting the Australian Goldfields Open title in his home country, the tournament starts in Bendigo on Monday. Check out the draw here.