New tip gets a grip on cue sports 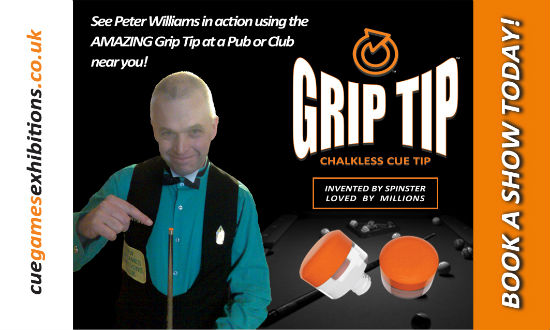 HAVE you wondered if there was anything available to stop those infuriating miscues and kicks in snooker and other cue sports?

Well the answer appears to be yes thanks to the revolutionary AMAZING "Grip Tip".  Invented and manufacturered in Australia by Jason Clough from Spinster Billiards the tip is now on the market for any snooker/ cue sports players who may wish to see how it may benefit their game.

Designed to prevent chalk from perishing the cloth, which in turn can lead to "kicks" the grip tip boasts the major difference of not requiring any chalk in order to strike the cue ball. And for those who wonder whether or not it is possible to control a cue ball without chalk then Peter Williams has news for you. 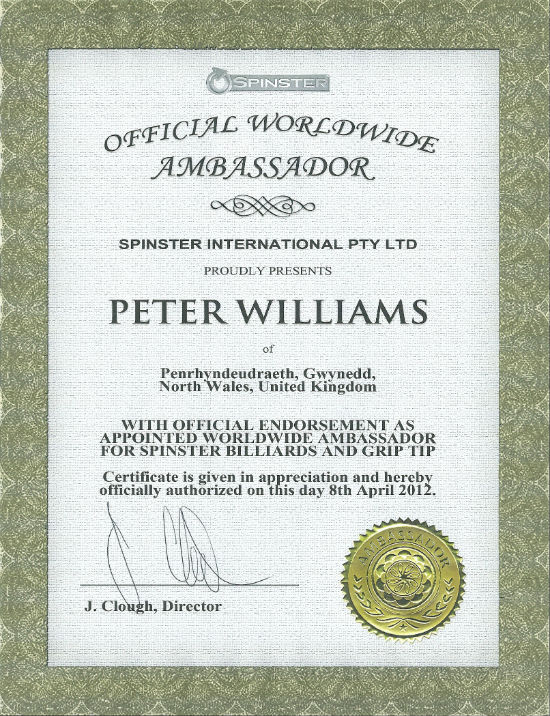 Peter, who is based in North Wales told me that he heard about and began to use the AMAZING Grip Tip since January of this year.  In fact, the first shot he ever played with one was a 'full-ball' swerve!  He also quickly noticed that there was a cleaner contact in the striking of the cue ball. This in turn means the chances of chalk settling on the cloth are reduced to zero and in turn any chance of a "kick" is minimised.

In fact,  Peter admitted that he had never liked the idea of using chalk and as soon as he discovered that no longer having to use chalk could be possible, he couldn't wait to try out the AMAZING Grip Tip which is fitted like any other cue tip. Obviously trimming and shaping maybe required to suit the tip-end diameter of a player's cue.  However, a further development which Peter has personally come up with means that the fitting of a purpose made brass ferrule will allows a screw-on Grip Tip to be used. This means that any damage to a tip during a frame can be immediately rectified, allowing a player to continue playing in a matter of seconds!  And, as we all know, applying a new traditional cue tip requires it to be "played in". However, by using either a glue-on or a screw-on Grip Tip means that this is no longer an issue, which, incredibly, is 'virtually impossible' to miscue with one!

"I know how superb the Grip Tip is, otherwise, I would never have risked tampering with the end of my trusted 100+ year old cue (having a purposely made ferrule fitted) just for the fun of it!" enthused Peter.

Peter's efforts have seen him awarded the status of Worldwide Ambassador by Australian based Spinster Billiards International. He has received a certificate and said he was "Very pleased that Jason Clough has shown his appreciation by awarding me with such a great honour." 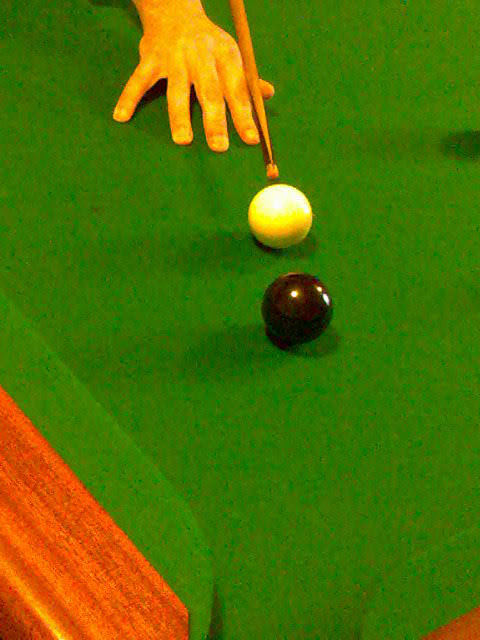 Peter is enjoying promoting the revolutionary tip and is hopeful of very exciting times ahead as the game continues to evolve, technically as well as in terms of tournaments.

In such a short period of time o date, THOUSANDS of AMAZING Grip Tips have already been distributed worldwide to possible future World Champions who wish to benefit from Jason Clough's revolutionary invention, which, is also suitable for everyone who play all forms of cue games, regardless of their playing standard!

Glue-on Grip Tips are available in sizes between 9 -14mm inclusive, while the screw-on alternative is currently only available in 11mm.

Peter has been a member of World Professional Billiards & Snooker Association since 1990 and has been playing his unique Exhibitions of a compendium of over sixty different snooker and pool table games since the back end of the 1980's. Each evening's entertainment is concluded with a series of some of the most amazing snooker/pool related Telepathic Tricks!   All, of course, devised by Peter personally; and now since January, using the AMAZING Grip Tip!

The Official Worldwide Ambassador for Spinster Billiards and the Grip Tip firmly believes in providing very entertaining and excellent value for money from all his Exhibitions, very valuable lessons and experience which he learned from the Exhibitions which he proudly promoted for Six-Times World Champion Ray Reardon, MBE and the late Cliff Wilson back in the late 1980's and early 1990's!

And, if anyone is wondering what Peter has done with his old chalk.  Well, it's in the here, where it belongs!