Marco Jyawook went undefeated through the 51-player field at the Lucasi Hybrid Cues All-American Tour’s February 18-19 stop to best Tony Gum in the finals for the title. The $500-added 9-ball tournament was hosted by Starship Billiards in Decatur IL.

The winners’ side final four saw Jyawook dominate Eric Naretto 7-0, while Gum eked out a hill-hill win over David Brown 7-6. Jyawook and Gum met for the first time in the hot seat match, where Jyawook remained unchallenged by outscoring Gum 7-5. 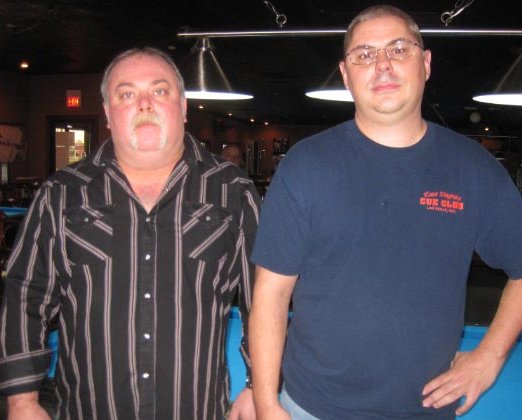 On the B-side, Bryan Wikoff eliminated Jason Phillips at seventh place by a 7-6 margin, while David Miller tied with Phillips after Chris Austin defeated him 7-2.  In the B-side quarterfinals, Wikoff and Brown tied for fifth place after losses to Naretto 7-6 and Austin 7-2, respectively.

Naretto ousted Austin at fourth place by a 7-5 margin in the quarterfinal match, but the semifinals were all Gum, as he dispatched Naretto at third place 7-2.  Gum had a hot hand on the day, but the final match was all Jyawook, as he claimed the title by a 7-2 margin over Gum.