JONES IS FU OF EASTERN PROMISE 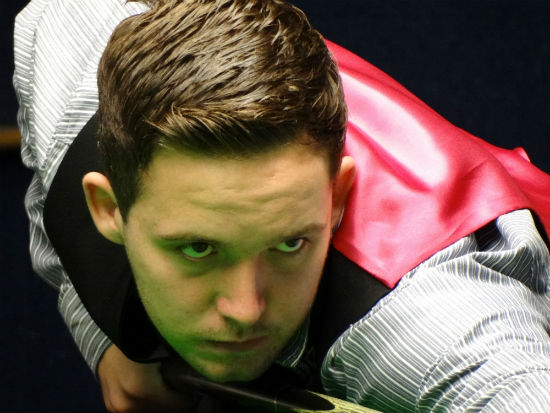 Jamie Jones beat Marco Fu 5-1 to qualify for the final stages of the China Open in Beijing.

It is the first time Jones has qualified for the final stages of a major ranking event and he goes through to face former World Champion Shaun Murphy in Beijing.

Twenty-three year old Jones will be joined on the plane to Beijing in March by Barry Hawkins, Joe Perry, Dominic Dale and Jimmy White, all of whom won their final qualifying rounds in Sheffield.

Mark Allen, the World Number Ten is already seeded into the Last 32 in Beijing.

When Hong Kong's Marco Fu opened the match with a run of 75 there was little indication of what was to follow.

Neath's Jones responded with a 95 clearance to level and followed that up with a brilliant 102.

Frame four was crucial but Jones dug in to win the fragmented frame to go in 3-1 at the interval. Runs of 41 and 51 took Jones into a 4-1 lead.

Fu opened the next with 57 but didn't close the frame out. Jones stepped in with a nerveless 50 clearance to win the frame, and the match, on the black.

"I'm so pleased with how I played", said an excited Jones after the match.

"I've admired Marco all the time when I was growing up, I'd have taken 5-4, anything, but to play like that and win 5-1 was just brilliant. I felt I played really well.

"I've had so many text messages, I didn't realise how many people were waiting for me to qualify for a venue. It wasn't on my mind. I've got to the verge of the Top 32 now, just by being consistent really and I'd have take that ahead of a venue at the start of the season.

"Booking the trip for Beijing is just a dream. I can't wait. I've got the PTC Grand Finals, then Beijing and the World qualifying.

"But first I'm going to be cheering for Wales tomorrow against England in the Six Nations and Wales winning would make for a brilliant weekend.

"Then it's back to the hard work on the table. I'll be back up at the South West Snooker Academy next week to practice. It's the best place in the world to practice and it's really helped me being based there."