It's A Fabulous Fourth Season Snooker Title For Fung 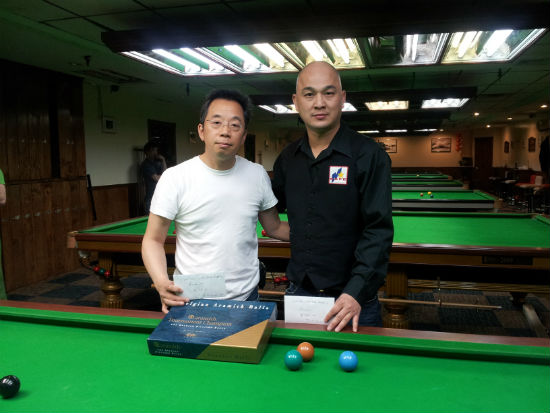 Raymond Fung has captured his fourth United States Snooker Association (USSA) Tour title of the 2011-12 season, sponsored by Aramith Billiard Balls, by winning Event 11 this past weekend at the Top 147 Snooker Club in Brooklyn, New York.

Since his return to competitive snooker after a short spell in "retirement", Fung has been the dominant player in this season's USSA Tour events played in New York City which is excellent prepration for his quest to win next month's United States National Snooker Championship at the Embassy Billiards Club in San Gabriel, California.

It must be said that Fung eased his way to the title out of the full-field of sixteen players that lined up at the Top 147 Snooker Club. He won all three of his Group B matches 2-0, and then on the second day's play he proceeded to a 3-0 quarterfinal victory over Kevin Wong and a 3-1 success over Raimond Cheung in the semifinals.

Fung came up against what has to be said as a surprise final opponent in Nelson Chen. He had already faced and defeated Chen in his group matches, but Chen qualified in second place with 2-1 and 2-0 wins over Sam Mui and Hong Zhen Wu respectively.

Chen went onto have a comfortable 3-0 quarterfinal success over the Group C winner, Tom Cen, and he would have been delighted to have overcome the semifinalist in last year's United States National Snooker Championship, Henry Wong, in this semifinal by a 3-1 scoreline.

However in this best-of-seven frames final, Fung proved too good for Chen as he reeled off four straight frames to deliver his seventh overall event win in USSA Tour history.

The USSA would like to offer its thanks and appreciation to the Top 147 Snooker Club for their continued support for the USSA Tour, and to all the players who entered the event. The 2011-12 USSA Tour next moves onto Carom Café Billiards, in Flushing, New York, for Event 12 over the weekend of April 21 & 22. For the 2011-12 USSA Tour schedule and entry details, go to www.snookerusa.com. 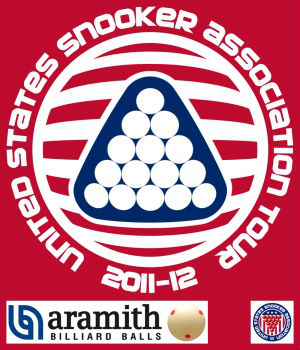