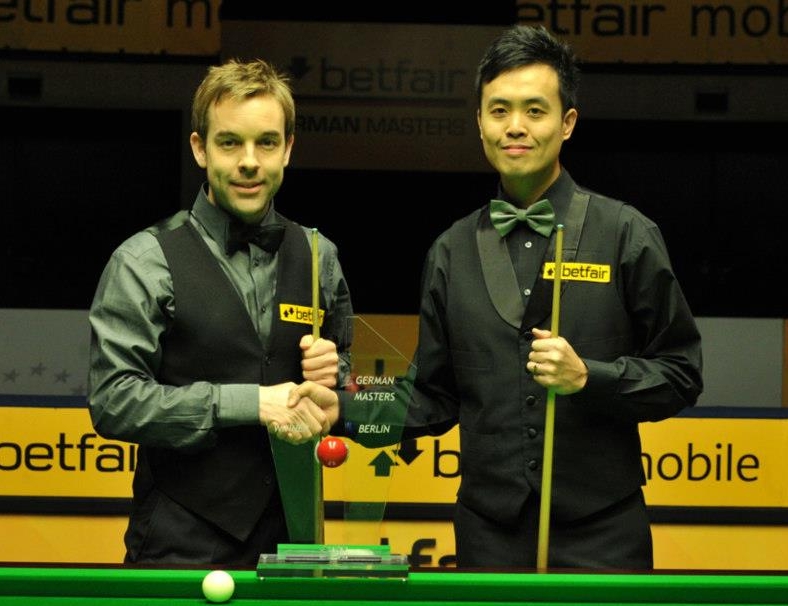 Hong Kong's Marco Fu who hasn't lifted a trophy since his 2007 Grand Prix victory, had lead 5-3 at the end of the afternoon session of the Betfair German Masters final, which included a maximum attempt in the fourth frame where he missed the penultimate red.

His opponent, Ali Carter, also hasn't won a major event for many years (the last being the 2010 Shanghai Masters). When they resumed in the evening to a capacity 2,500 Tempodrom audience it was the Essex man who got off to the best start.

Carter looked like a rejuvinated man as he knocked in flawless breaks of 116 and 121, his only centuries of the tournament, to level the match. He then dominated the next to take the lead for the first time at 6-5.

Fu wasn't going down without a fight and made a 48 in the 12th to keep in touch with his resurgent opponent at 6-6.

After that though it was all one-way traffic as trained pilot Carter, landed a smooth 71 break in the next, followed by two small contributions in the following frames to see out the match a clear 9-6 winner and lift the trophy and the 60,000 Euro cheque, much to his delight. 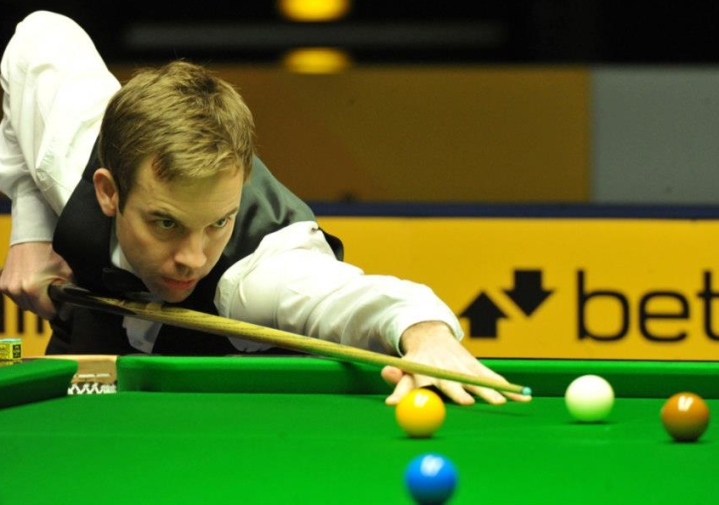 "It was a tough day, we both wanted to win so badly," said Carter, "We wanted to put on a good show for the crowd because it's such a magnifient arena so I'm just delighted to come out on top.

"A year ago I didn't want to be playing. I had a big disappointment at the UK losing to Shaun, because I felt could win it. That makes it all the sweeter because life makes you wait and makes you want it even more when things aren't going your way.

"It's a relief to win and get another ranking title on the board. In the evening session I tried to change my mindset and think back to the Welsh Open final when I was 5-2 down to Joe Swail and came to back to win 9-5. It's tough to win tournaments but I've done it so I'm thrilled."

Fu, who's last major final was the 2011 Masters, said: "I didn't have many chances tonight. Every time I came to the table I was faced with a tough shot. Ali played very well so all credit to him. It was nice to be in a final again as the crowd was great - hopefully I can come back next year and win it."

Regardless of the result, both players will no doubt be happy to see their form improve over the past few weeks, and Fu will no doubt fancy his chances to get back in to the elite top 16 before the cut-off point for the world championship seeding.

Carter though will be the happiest man on tour at the moment. Having battled Crohn's disease the past decade and threatening retirement last year, he will have a much better outlook on his snooker career and who would bet against him winning another event in the coming months.

The Captain won his first ranking title, the Welsh Open, in 2009, which is incidentily the next major event on the World Snooker calendar! It runs from the 11th-17th this month and as usual there will be full coverage in the UK on BBC Wales and on EuroSport. Tickets for the Newport event can be found here. The qualifiers start on Wednesday and can be watched live at http://www.liveworldsnooker.tv. 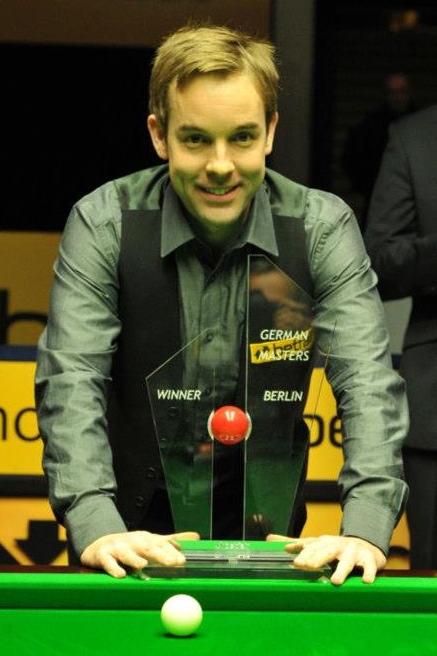