Unchallenged throughout the February 18-19 stop of the Joss Northeast 9-Ball Tour, Ron Casanzio stood alone in the winner’s circle after his final defeat of tour promoter Mike Zuglan. A field of 46 players came together at Sharpshooters Billiards and Pub in Amsterdam, NY, for this $1,500-added 9-ball event.

Casanzio matched up with Dave Pinkston in the winners’ side final four and came out ahead 9-5, while Zuglan found himself facing Jason Michas. A 9-5 victory for Zuglan saw him go up against Casanzio for the first time in the tournament, and Casanzio trumped his opponent 9-4. 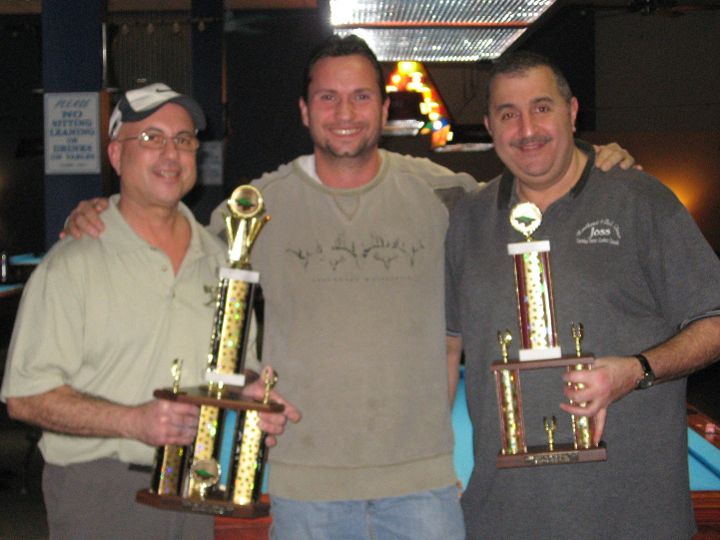 Pinkston rebounded on the west side of the chart to send Chance Chin home in fifth place 9-5. Tying with Chin was Michas, who was eliminated by Bucky Souvanthong 9-5. Souvanthong went on to oust Pinkston in fourth place in the quarterfinal match 9-5, staying alive to advance to the semifinals.

There he faced off against Zuglan, who was determined to reach Casanzio for a rematch. After besting Souvanthong 9-6, Zuglan earned another shot at Casanzio, who was able to put in a repeat performance and win the match 9-4.

There were 25 participants in the second chance event, which boasted a total prize fund of $1,000. Bruce Carroll triumphed in the finals over Mike LaBoissiere to win $350, while as runner-up LaBoissiere took home $250. Bob Cunningham earned $150 for third, and Spencer Auigbelle won $100 for his fourth-place finish. Marko Clarke and Paul Dryden each won $50 for fifth place, while Gary Krebs and Kevin Ketz took $25 each for seventh.